This Billionaire Wants an Alternative to Private Loans at HBCUs 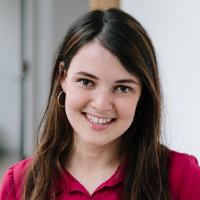 In 2019, Robert F. Smith surprised graduates of Morehouse College by announcing he’d pay off their student loans. Smith, a businessman and investor, has a net worth of $5 billion, and one of the few African-American billionaires.

This year, he announced he is offering an alternative to student loans for students at historically black colleges and universities (HBCUs).

Program details have yet to be announced, but here’s what we know so far.

How the Student Freedom Initiative Will Work

Eleven HBCUs are currently slated to participate in the program, which will begin in the fall of 2021 and enroll 5,000 students each year. Students who are juniors and seniors with majors in science, technology, engineering and mathematics (STEM) programs will be eligible to join and receive a maximum of $32,000 in total.

Data shows a significant racial gap in STEM fields. Black STEM majors are more likely to drop out or switch to a different field than white STEM majors.

Financial planner Kevin Matthews of BuildingBread, also an HBCU grad, said that while HBCUs are great at producing teachers and social workers, they struggle to produce tech industry professionals.

“I think Smith wants to provide an alternative to push and encourage people to jump into those fields,” Matthews said.

What Borrowers Should Understand About the Student Freedom Initiative

Matthews said this program is similar to income-share agreements (ISA) that some colleges already offer.

ISA payments are based on a percentage of your income, as opposed to the amount you owe. ISAs last for a term that varies by college, usually around 10 years.

What makes the Student Freedom Initiative different than ISAs is that it will charge interest. Smith has not shared what the interest rates will be, but has promised that they’ll be lower than private student loans.

Matthews said it’s also not clear what happens if a balance remains after the 20-year term. If it’s forgiven by the program, the forgiveness may be considered taxable income, leaving students with a hefty tax bill.

Another consideration Matthews brought up is that ISAs are not necessarily the cheapest option. Because they’re income-driven, graduates with high salaries could end up repaying more than if they’d gone with another type of loan.

At this moment, Matthews said the program sounds like a less expensive alternative to private loans, but there’s not enough evidence to say it’s better than a federal loan that already has income-driven repayment options.

The Racial Disparity of Student Loans

Black graduates are disproportionately affected by student loans compared to their white peers. The average black college graduate has $7,400 more in student loans than the average white graduate. Research from the Brookings Institution found that black students are also five times more likely to default on their student loans than white students.

The wage gap is partly to blame for that disparity, because it’s harder to pay your student loan bills if you’re not earning as much. According to the Economic Policy Institute, “after controlling for age, gender, education, and region, black workers are paid 14.9% less than white workers.”

Programs like the Student Freedom Initiative could bridge that gap and reduce the student loan burden for black students.

Use our Loan Comparison Calculator to compare two or more different loans, identifying which loan offers a lower monthly payment and which one offers a lower total cost.