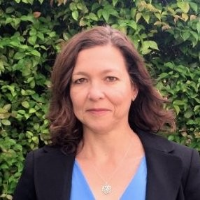 State agencies and program managers within the 529 plan industry appear cautiously optimistic about the second half of the year, according to a recent survey by Savingforcollege.com.

The survey was conducted online from April 6th through the 17th. The objective of the survey was to get an early indication of how market volatility and economic uncertainty resulting from the coronavirus has impacted the industry. 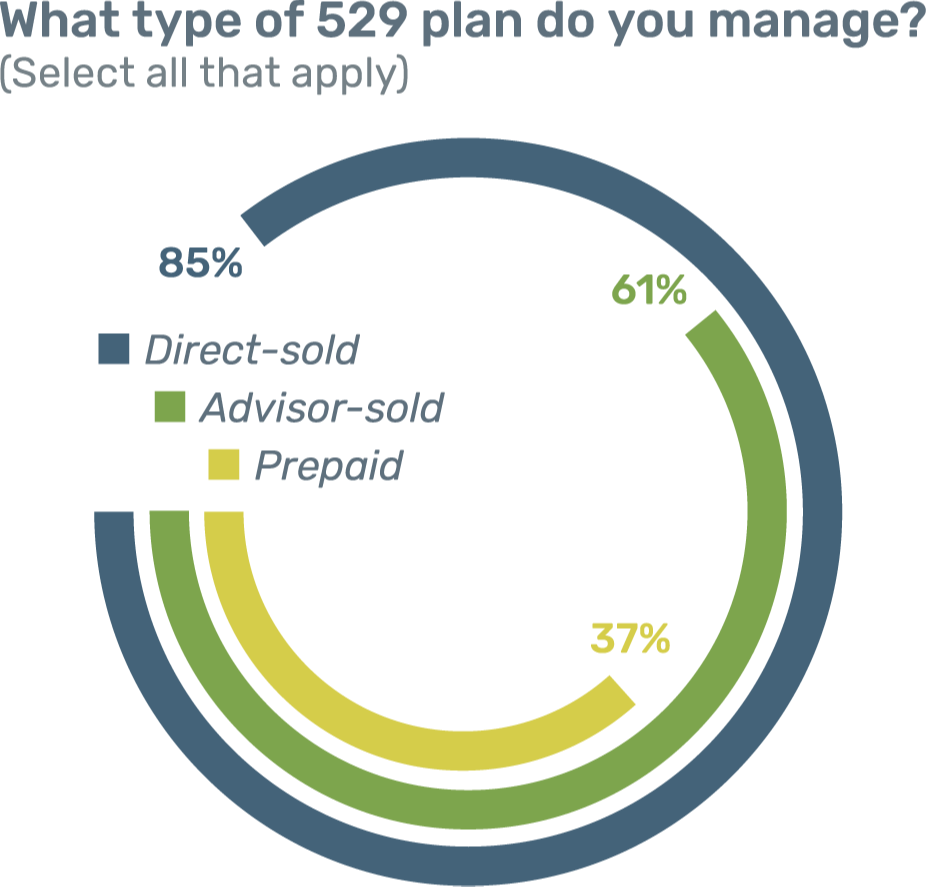 Respondents were asked to compare current activity in their plans to their expectations or to typical activity at this time of year. On the whole, a mixed picture emerged with no clear trend. For example:

Note that some plans did not have enough information available yet to be able to answer all questions. 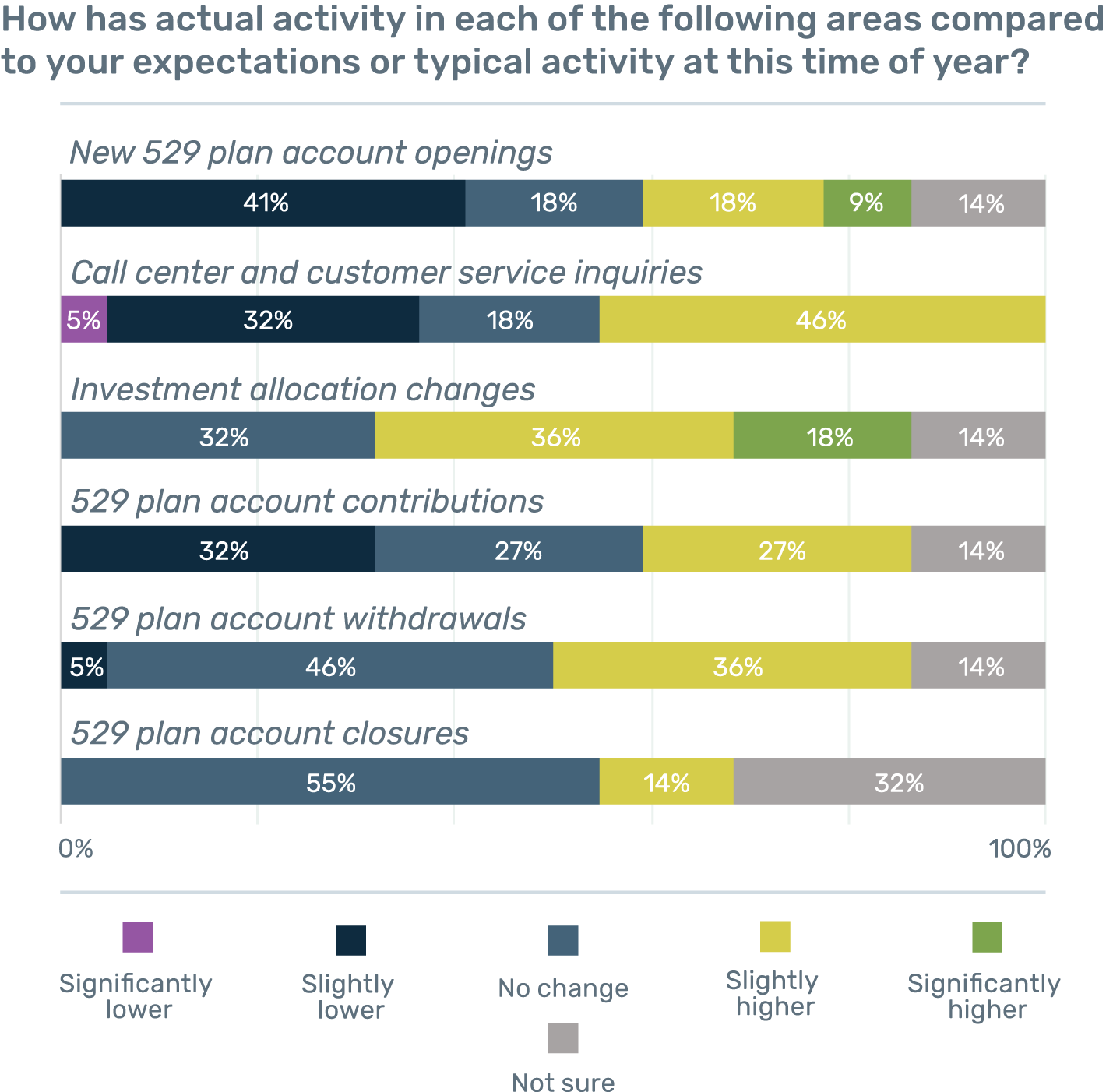 Respondents included the following comments to provide context to their answers:

“There are slight increases in certain types of customer service inquiries (e.g. questions about investment allocations), but overall inquiries are down slightly.”

Of respondents who manage more than one type of 529 plan, 91% indicated that they were seeing similar impacts across all plans. 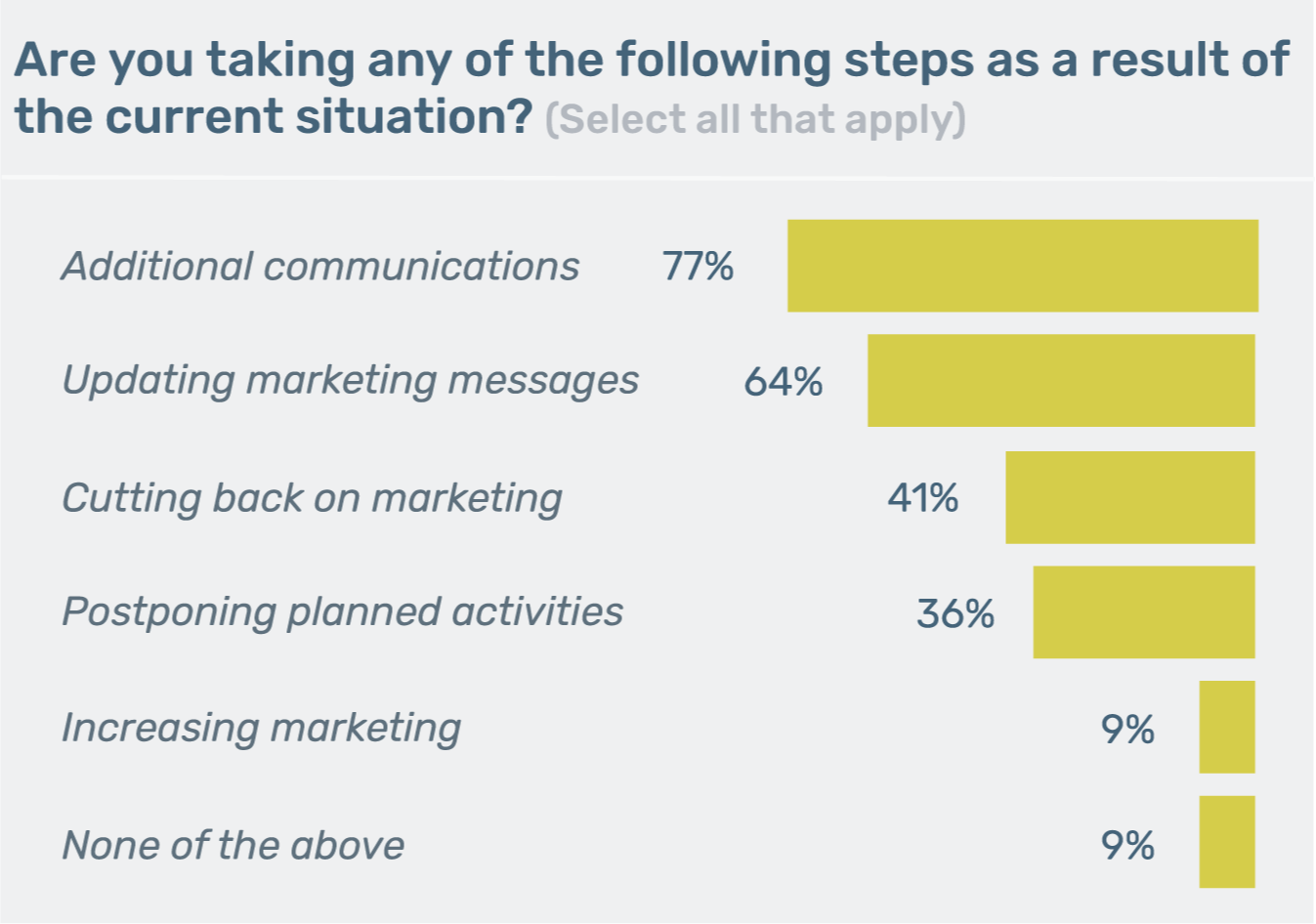 “We are re-writing our planned communications to be more cognizant of the current environment.”

“We are not canceling marketing activities altogether nor necessarily cutting back, but mostly postponing until later in the year.”

“We haven’t cut back on, or increased marketing activities. However, some of our activities are driven by broker dealers (conferences, meetings etc.). There is a remarkable slowdown in those activities.”

“While we are not cutting back on marketing activities, we are redirecting spending towards other channels. For example, we had a spring out-of-home campaign planned (billboards and transit). We reallocated the majority of those dollars to broadcast and streaming services due to shifting media consumption patterns.”

“Due to the postponement/cancellation of on-site events, our participation in community festivals, school/employer presentations, and benefits fairs has diminished.”

Finally, respondents were asked to select a number from 1 to 5 to indicate their level of confidence that 529 plan account openings and contributions will be at expected levels in the second half of the year. 5 indicates very confident and 1 indicates not confident at all.

The average response was 3.3, implying that respondents may feel it’s too early to make a determination. However, 37% were confident and only 14% indicated a lack of confidence. On the whole, respondents appear to expect conditions for 529 plans to improve in the second half of the year.