Paying for College with Your 401(k): Wise Move or Bad Choice? 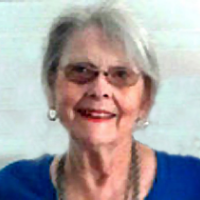 As an alternative to traditional student loans, borrowing against your 401(k) to pay for a child’s or grandchild’s college education presents advantages and disadvantages. Experts caution against 401(k) loans because they will impact your own retirement situation. However, a 401(k) loan might be a viable option for you under certain circumstances. In other cases, it may be the only option.

There are more drawbacks than benefits to using your 401(k) in any form as a means to finance your child’s college education. Before you take a 401(k) loan or hardship distribution, consider all other available options.

Reasons to Borrow from your 401(k)

There are several advantages to borrowing from a 401(k) to pay for college.

Reasons Not to Borrow from your 401(k)

There are several disadvantages to borrowing from a 401(k) plan that can reduce your retirement savings.

Hardship Distributions from a 401(k) to Pay for College

As an alternative to a 401(k) loan, you might take a hardship distribution from your 401(k) plan to pay for college costs.

The hardship distribution is limited to your postsecondary education expenses for the next 12 months. Eligible expenses include tuition and fees, as well as room-and-board at the college. A hardship distribution does not cover student loan payments or other college costs like books, bus fare, or academic club fees.

There are some significant drawbacks to the hardship distribution option: