How Jason Butler is Paying $72,000 in Student Loans 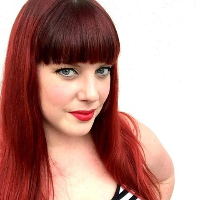 Jason Butler, a 36-year-old higher education professional in Atlanta, Georgia, loves helping students navigate the world of registration, financial aid and more. But that doesn’t mean he always had it figured out when it came to his own student loans.

After several years of struggling to manage his student loan debt, Butler recently refinanced some of his loans. In doing so, he was able to free up more cash to pay them down aggressively.

Butler graduated college with a degree in Business Administration with a concentration in marketing in 2008. As you might remember, that year was smack in the middle of the Great Recession.

“It took me literally a year and a half to get my first full-time job,” Butler says. During that time, he had to make some tough decisions about which bills to pay, and which could fall to the wayside. Since he had to keep a roof over his head, rent and utilities won out while student loan and credit card bills often went unpaid.

Though he started off with more than $50,000 in student loans, by the time he decided to get serious about paying them off, the balance had ballooned to over $72,000 thanks to mounting interest and fees. “My credit suffered,” he admits.

Getting Serious About Student Loan Debt

“Fast forward to 2013, I actually started a blog called the Butler Journal,” he said. “I saw other people doing things like paying off their debt and talking about it on websites, so I figured I would try to do the same thing.”

Butler blogged casually for the next couple of years. In 2015, he attended the Financial Bloggers Conference, or FinCon, as it’s known, and learned a ton about what he could do to improve both his blog and his financial situation. “That year, I was able to bring my credit up 168 points, and I actually started making those payments on these student loans.”

Butler actually tried to refinance his student loans through SoFi in 2016. Unfortunately, he was denied. SoFi offers some interesting perks to borrowers, including free personalized financial advice from credentialed advisors.

By 2017, however, Butler’s finances were in a much better place. “I had eliminated a couple of my other smaller debts, and I just wanted to try it, just to see if I would be approved this time.

He applied for student loan refinancing through Earnest this time, and was approved. “The user experience of their website was super duper easy…if they needed another document or some kind of electronic signature, I’d just log into my account and get everything going.”

Earnest allows borrowers to customize your payment amount to work with your budget. You could also opt for biweekly payments and adjust your payment date to whenever you’d like. Earnest also allows you to skip one payment every year, with prior consent.

Keep in mind that refinancing federal student loans means a loss of several federal benefits. These include the current payment pause due to coronavirus, any potential for federal loan forgiveness, an option to have payments based on your income, and generous payment pauses during times of unemployment and economic hardship. For high-interest private student loans, it could help lower your interest rate, saving you money.

Through refinancing, Butler was able to cut a whole percentage point off his interest rate. That caused his monthly payments to drop, too, allowing him to put more money toward the principal balance.

He’s also a master of side hustling. Today, Butler blogs at My Money Chronicles. “I am making a little bit of money with my website, and I’m planning on trying to take that to the next level,” he says. He also runs an eBay store, which brings in between $600 to $900 per month, and delivers for UberEats.

Butler uses the extra cash he brings in to make extra payments toward his loans. “I’m closer to 40 than 25,” he says. “So I think it’s time to eliminate this stuff for real… even though I still feel and look like I’m 25,” he joked.

There are dozens of more ways you can make extra money to put towards your student loans, including selling your stuff, tutoring or even completing online surveys in your spare time.


Words of Wisdom From Someone Who’s Been There

Even though he struggled with student loan debt for years, Butler eventually took the reins of his finances and figured out what he needed to do. Refinancing isn’t for everyone, but it was the right choice for Butler. Consider the pros and cons of refinancing and research if it’s a good decision for you and your student loans. He suggests that anyone toying with the idea of refinancing at least check out what offers are out there, since most lenders allow you to check prequalified rates without a hard credit inquiry. Credible is a great tool for comparing multiple refinance lenders at once.

No matter how you decide to tackle your student loan debt, know that you’re not in it alone. You may make mistakes along the way, but it is possible to get them under control. “Just don’t give up,” he says.

At Savingforcollege.com, our goal is to help you make smart decisions about saving and paying for education. Some of the products featured in this article are from our partners, but this doesn’t influence our evaluations. Our opinions are our own.